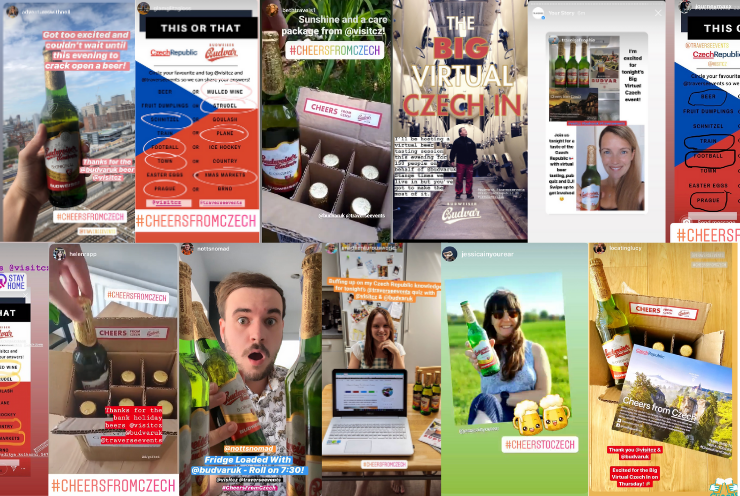 The Big Virtual Czech In #CheersFromCzech

Traverse was tasked with bring awareness around the Czech Republic as a future travel destination whilst reminding travellers to pause but not to cancel trips to the country. Collaborating with CzechTourism and Budvar to bring an authentic Czech experience to the homes of hundreds of content creators, influencers and their audiences.

What Happened?
In collaboration with AM+A, CzechTourism and Budweiser Budvar we created of one of the world’s biggest virtual tourism events streamed live.

The event brought together leading travel influencers for an interactive Zoom event that included a beer tasting session hosted by Budvar, pub quiz and after party with the Czech DJ Oliver Torr.

Care packages including bottles of Budvar were sent out to influencers in advance of the event.

The general public were encouraged to participate at home watching the live Facebook stream with spot prizes and interactive quiz. Influencers posted about their experience across social media using our customised branded Instagram templates.

Over 300 Instagram posts were created before, during and after the event producing over 300,000 impressions, over 42 main feed posts.